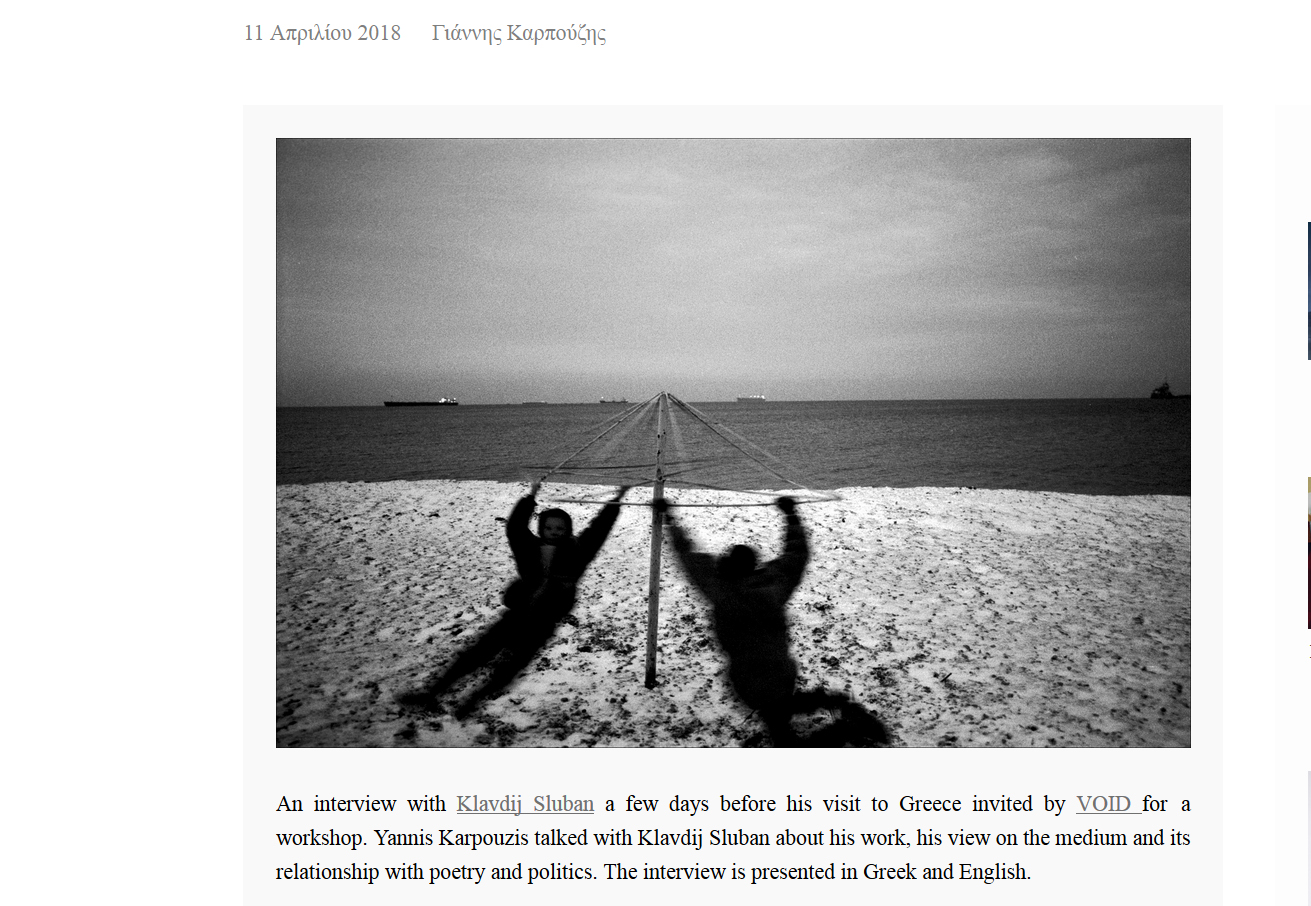 Interview with Klavdij Sluban
May 7, 2018 By karpouzis
0

Winner of the Niépce Prize (2000) and of the Leica Prize (2004), Klavdij Sluban is a French photographer of Slovenian origin based in Paris. Now aged 42, he continues the development of his rigorous and coherent body of work. Sluban learnt the subtleties of black & white printing under the guidance of Georges Fèvre. Although he held a Masters’ degree in Anglo-American literature, little by little, he gave up teaching to commit wholly to photography. Never inspired by immediate and sensational current affairs, Sluban’s numerous photography trips are permeated with literary references ­ for example, Beckett, Milton. The Black Sea, the Caribbean, the Balkans, and Russia can be read as many successive steps of an in-depth study of a patient proximity to the encountered real.